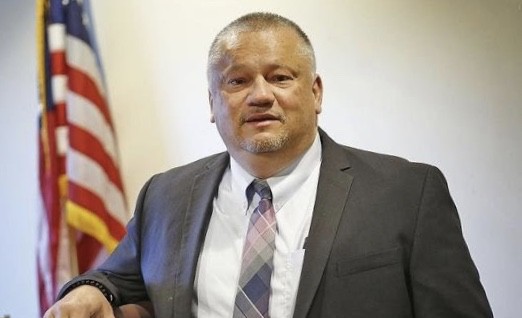 Attorney Robert Harnais is expected to be confirmed as an associate justice of the District Court on Wednesday.

Harnais, a Braintree resident, serves on the town’s planning board, is chairman of the Massasoit Community College board of trustees, and as vice chairman of the governor’s Latino Advisory Board since 2017.

One of the issues Harnais wants to focus on is the opioid epidemic; something his family has experience with.

“Though it’s taken its toll, happily I can say we as a family fought through it, and we’ve come out the other side,” he told the Patriot Ledger. During our struggle, I learned a lot about what parents and families go through,” he told the panel, and said his step-daughter “fought that battle.”

“We have lost a generation of kids because of drugs and because of other activity,” the Braintree resident said. “We can’t do that. The court has to help. It’s not just about punishment. You have to think outside the box. You have to help people.”

An estimated 152 people died from opioid use in the Norfolk County in 2017, according to the district attorney’s office. While acting sheriff of Norfolk County, Harnais’ office estimated that 70 percent of inmates suffer from substance-abuse disorders.

The son of Argentine immigrants with Spanish as his first language, Harnais was the first Hispanic person to act as sheriff for Norfolk County and was the first Hispanic president of the Massachusetts Bar Association. While president of the association, Harnais had set up a special hotline to help families struggling with opoid use with legal help.

“There is a big difference, I believe, with the way people are treated in different courts … I am aware of that. I’m president of the MAHA, I know what Latinos go through, I know what people of color go through. And I know the treatment and the respect may not be the same. And that’s something I’m going to keep an eye on, I have to keep an eye on,” said Harnais.

The District Court hears a wide range of criminal, civil, housing, juvenile, mental health, and other types of cases. District Court criminal jurisdiction extends to all felonies punishable by a sentence up to 5 years, all misdemeanors, and all violations of city and town ordinances and bylaws.

In civil matters, District Court judges conduct both jury and jury-waived trials, and make final determinations on any matter where the likelihood of recovery is no more than $50,000. The District Court also tries small claims.

Harnais was nominated by Governor Charlie Baker to join the District Court circuit last month. The confirmation was delayed due to an investigation looking in to anonymous accusations of domestic abuse and political contributions. A hearing was held on the matter on October 14.

In this article:District Court, Robert Harnais