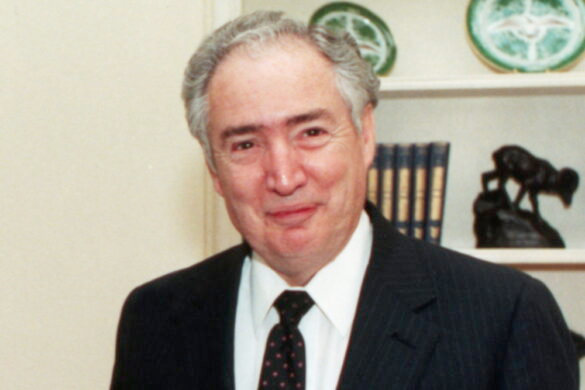 “I don’t like politics,” Dr. Cavazos told Texas Tech Today in 2015. “I went there really to try and improve education, and I think we did a pretty good job.

Lauro F. Cavazos Jr., a Texas ranch foreman’s son who rose to become the first Latino to serve in a presidential Cabinet as U.S. Secretary of Education during the administrations of Ronald Reagan and George H.W. Bush, died this month at his Concord, Massachusetts home.

Dr. Cavazos was a sixth-generation Mexican American, born on Jan. 4, 1927, the oldest of five children of Lauro Sr. and Tomasa (Quintanilla) Cavazos, whose ancestors settled in Texas long before it became a state in 1845. Lauro and his siblings were born on the King Ranch, the state’s largest spread, near Kingsville. It is now a National Historic Landmark.

On Aug. 9, 1988, President Ronald Reagan announced that he would nominate Dr. Cavazos to be Secretary of Education, a position he would hold until his resignation in 1990. On his first day as a Cabinet secretary, Dr. Cavazos conducted a news conference in both English and Spanish.

Dr. Cavazos aimed to improve dropout rates among minority students and to make bilingual education a federal priority. But he angered Hispanic leaders and onetime educational allies by saying in a 1990 speech in Texas, “If that child cannot speak English the first day of school, that child is not ready to learn.”

Dr. Cavazos was president of Texas Tech University from 1980-1988. As president of the university, he was the first alumnus and Hispanic-Latino to serve in the role.

Publisher’s Note: This story is an aggregate from Associated Press, NY Times, The Hill, and The Washington Post.