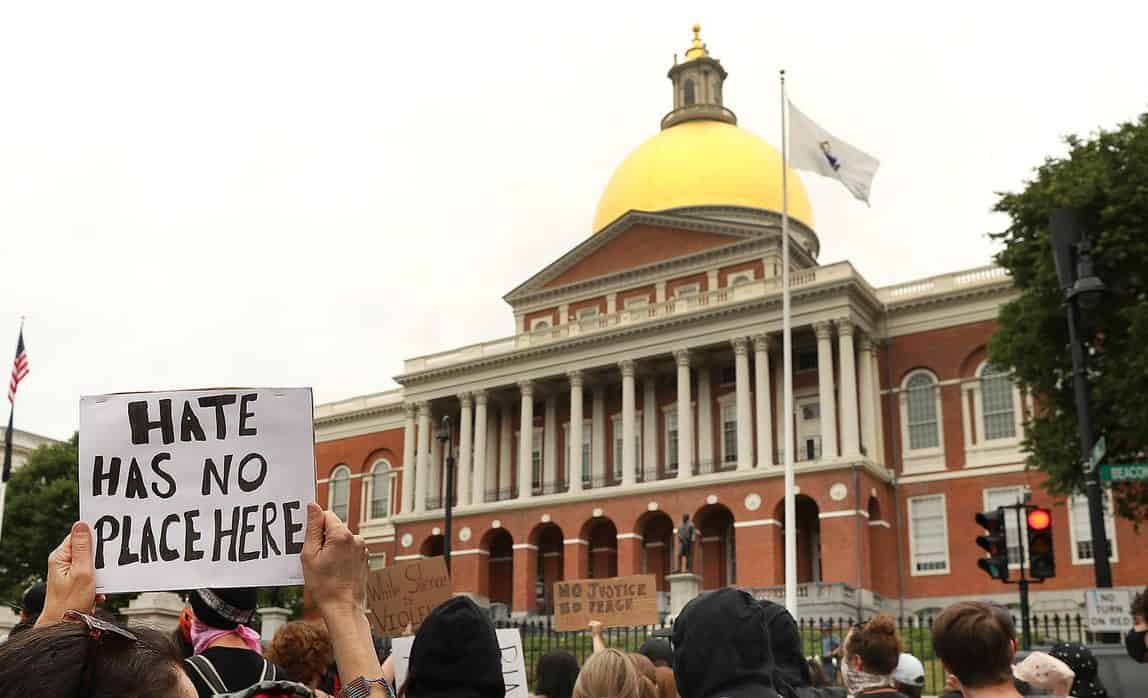 Governor Charlie Baker is reviewing a bill passed by the House and Senate this week that would create the Peace Officer Standards and Training Commission, or POST Commission, a response to national protests against police violence and the disproportionate impact to Latinos and other communities of color in the criminal justice system.

The POST Commission would be responsible for certifying all law enforcement officers in Massachusetts every three years. It would also be given the power to decertify officers for violating codes of conduct, including the excessive use of force.

“This is a landmark decision that begins to address the inequities that we have seen in our police institutions for a long time,” said Rep. Carlos Gonzalez, chair of the Black and Latino Legislative Caucus and conference committee member who helped negotiate the final version.

“There’s a lot more work that needs to be done, but we are excited about beginning to answer the cries of the protesters and, for too long, many of the deaths that have gone unattended due to not having police accountability,” Gonzalez added.

The state’s powerful police unions argue the bill is a “radical, cruel” attack on law enforcement.

“Law enforcement professionals who protect the citizens of this Commonwealth each day are being disregarded, dismissed and disrespected,” said Scott Hovsepian, president of the Massachusetts Coalition of Police.

The POST nine-member commission would be made up of six civilians and three law enforcement seats.

The bill aims to ban chokeholds and language by Rep. Liz Miranda allowing no-knock warrants only in cases where police have no reason to believe children or those over 65 are in a home.

The bill also takes a first step rolling back those protections by revoking civil liability protections for an officer over actions that result in decertification.

In a joint statement, House Speaker Robert DeLeo and Senate President Karen Spilka said the bill is “one of the most comprehensive approaches to police reform and racial justice in the United States since the tragic murder of George Floyd.”

Governor Baker must decide whether to accept the agreement or try to amend the legislation with five weeks left until the end of the session.

In this article:Hispanics and policing