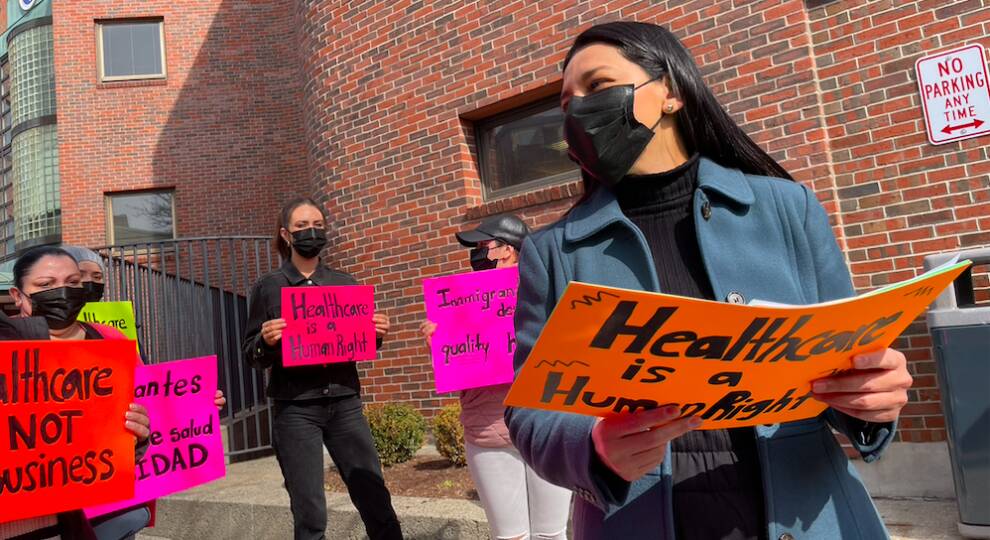 “No mother wants to lose her child. It’s something extremely painful, that has no cure and there’s no replacement,” Ligia Guardado said. “Nothing they say will bring my baby back.”

Immigrant women and mothers in Massachusetts are calling on state officials to investigate complaints of discriminatory and substandard care at East Boston Neighborhood Health Center (EBNHC).

In July 2020, Guardado noticed her 40-day-old baby, David, seemed tired, listless, and his lips were turning purple. She took him to EBNHC, where she said they listened to his heart and lungs.

“They said it wasn’t significant,” Guardado said in a Spanish-language interview, reported GBH News. She explained that the appointment lasted around 20 minutes before clinic staff told her son was fine, and to take him home.

David had the same symptoms the following morning, so Guardado returned to the clinic. This time, she said, he was put into an ambulance. David stopped breathing en route to Boston Medical Center and was revived once, but then he stopped breathing completely.

“When we arrived, they said ‘There was nothing we could do. Your son is deceased,’” Guardado remembered.

“The experiences of these families lay bare not just these broader, systemic issues, but some specific concerns relating to such a trusted institution as the East Boston Neighborhood Health Clinic which was created specifically to address the health care needs of populations such as these Central American immigrant families,” she said.

Advocates say they’ve identified about ten impacted families and individuals and are interviewing others.

“State law forbids health care providers from discriminating on the basis of race, national origin, sex, or MassHealth insurance status,” Iván Espinoza-Madrigal, executive director of Lawyers for Civil Rights said in a statement. At a news conference this week, Espinoza-Madrigal argued that the state should still conduct a civil rights inquiry because their evidence shows that immigrants, women and those on public health benefits have borne the brunt of the substandard care.

East Boston Neighborhood Health Center declined to comment on those and other examples cited by the advocates, reported the Associated Press. The clinic said it sought a meeting with Centro Presente and the families it represents when they first raised the complaints last month, but none agreed to meet.

It also said it’s launching a patient advocate office as part of a broader effort to “listen to our patient voices” that also includes cultural awareness and diversity trainings for medical staff.

State Attorney General Maura Healey’s office  said it plans to meet with the families to hear their concerns; the public health department confirmed it received the complaint and is investigating.

EBNHC is the largest community health center in Massachusetts.

“More than 70,000 of our patients identify as Latinx, and more than 65% of our office visits are with patients whose primary language is Spanish,” the organization said in a statement. EBNHC‘s Interpreter Services Department conducted more than 190,000 interpretations last year in nine different languages using its in-house interpreters alone.

Publisher’s Note: This story is an aggregate from GBH News, Associated Press, WJAR.