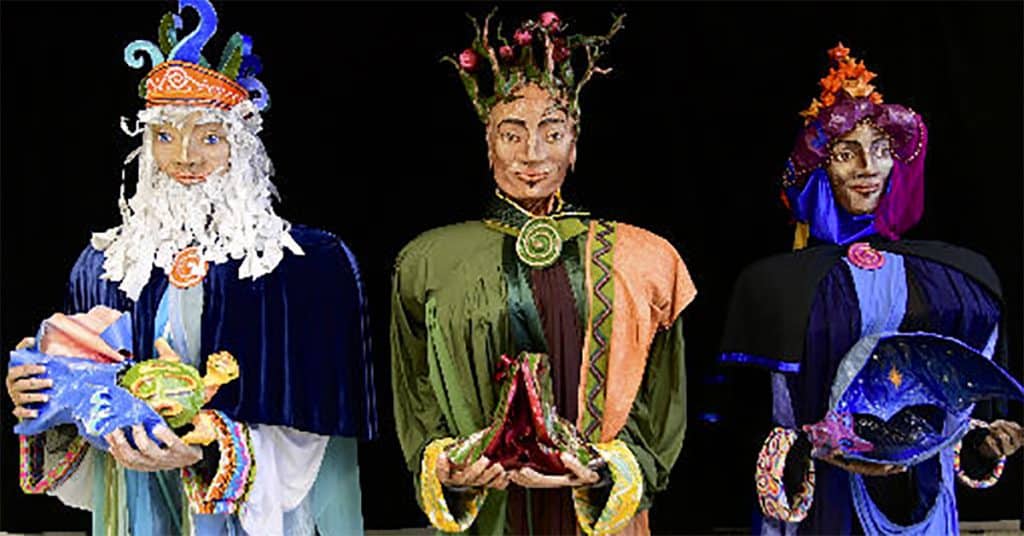 Many Latinos in Massachusetts are excitedly waiting for Día de los Reyes, Three Kings Day, the closing event of the holiday season.

The Epiphany is a January 6 Christian feast day celebrating the revelation of God incarnate as Jesus Christ.

The commemoration of the three wise men who traveled to visit baby Jesus is very popular in Hispanic cultures; annual traditions include children leaving shoeboxes of hay or grass underneath their beds, parrandas, and rosca.

According to the Gospel of Matthew, the three Kings, named Melchior, Caspar, and Balthazar follow a star across the desert for twelve days to find baby Jesus in Bethlehem.

Gift-giving is a special part of Día de los Reyes. Before going to sleep, children place their old shoes and/or shoe boxes with grass for the kings’ camels to enjoy after their long journey, and then wake up to toys and other gifts.

No holiday is complete without a family meal, Three Kings’ Day is no exception.

A popular Mexican tradition is Rosca de Reyes, a round-shaped sweet bread decorated to resemble a crown with the candied dried fruit for the jewels. A small baby Jesus figurine porcelain is baked within the folds of bread. Whoever finds the toy must then host a party for everyone on Día de la Candelaria, the Day of the Candles on February 2.

Music is also part of the celebration. In Puerto Rico, las parrandas begin right after Christmas, with people going door to door at night, singing religious folk songs, and offering small gifts to their neighbors. The custom is similar to caroling in the U.S.

“It’s very important for us to instill in the younger generations a sense of history and an understanding of our cultural traditions,” said Maria Perez, a Springfield School Committee member who organized a celebration last year at Chestnut Middle School.

This year due to COVID-19 restrictions, Three Kings Day events have gone virtual or been canceled.

In this article:Epiphany, three Kings Day