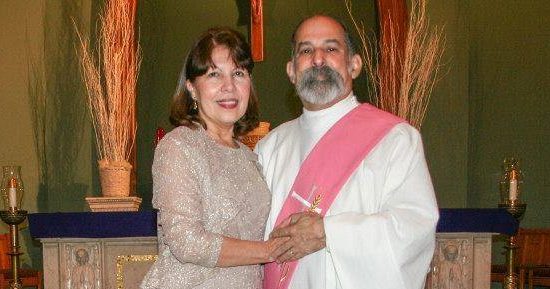 The Easter season is the longest of the special liturgical seasons of the Roman Catholic Church. It extends all the way to Pentecost Sunday, the 50th day from Easter Sunday. It commemorates the descent of the Holy Spirit upon the Apostles and other followers of Jesus Christ.

The ministry of the Roman Catholic Diocese of Springfield is a conduit to 13 parishes in Western Massachusetts celebrating Mass in Spanish under the leadership of Deacon Pedro Rivera Moran.

“The Spanish-speaking population, in general, seeks the opportunity to worship and fellowship in our native language, to celebrate the spiritual-cultural heritage we bring from our home,” Rivera said in an interview with Mass Live. “Novenas, traditions, celebrations, our spiritual expressions.”

Many Spanish-speaking parishioners in the diocese have come from the Caribbean, and been joined in recent years by those from Mexico and El Salvador, as well as Colombia and Ecuador, he said.

The parishes range from St. Mary’s in Westfield where a majority of the Spanish-speaking faithful are from Puerto Rico to Blessed Sacrament on Waverly Street in the city’s North End where any worshippers are from Guatemala.

Rivera says Blessed Sacrament, one of the largest such bilingual parishes in the diocese is the “model” for engagement of parishioners celebrating Masses in English and Spanish.

The Association of Religion Data Archives reports the largest single denomination in Massachusetts is the Roman Catholic Church with more than 3-million followers.

Hispanics-Latinos account for 40-percent of all U.S. Catholics, and a solid majority of school-age Catholics, according to the Associated Press. Yet Hispanic-Latino Americans are strikingly underrepresented in Catholic schools and in the priesthood — accounting for less than 19-percent of Catholic school enrollment and only about 3-percent of U.S.-based priests.

Rivera, who is retired from a career in teaching and information technology, has been active in Latino ministry since the mid-1980s when he and his wife settled in Westfield from Puerto Rico. He was ordained a permanent deacon in the diocese in 2005, and is assigned to St. Mary’s, in Westfield, where he serves all parishioners.

Featured Photo: Rivera with his wife in 2018, celebrating their 40th wedding anniversary.

In this article:Hispanics and religion, Pedro Rivera Moran, Roman Catholic